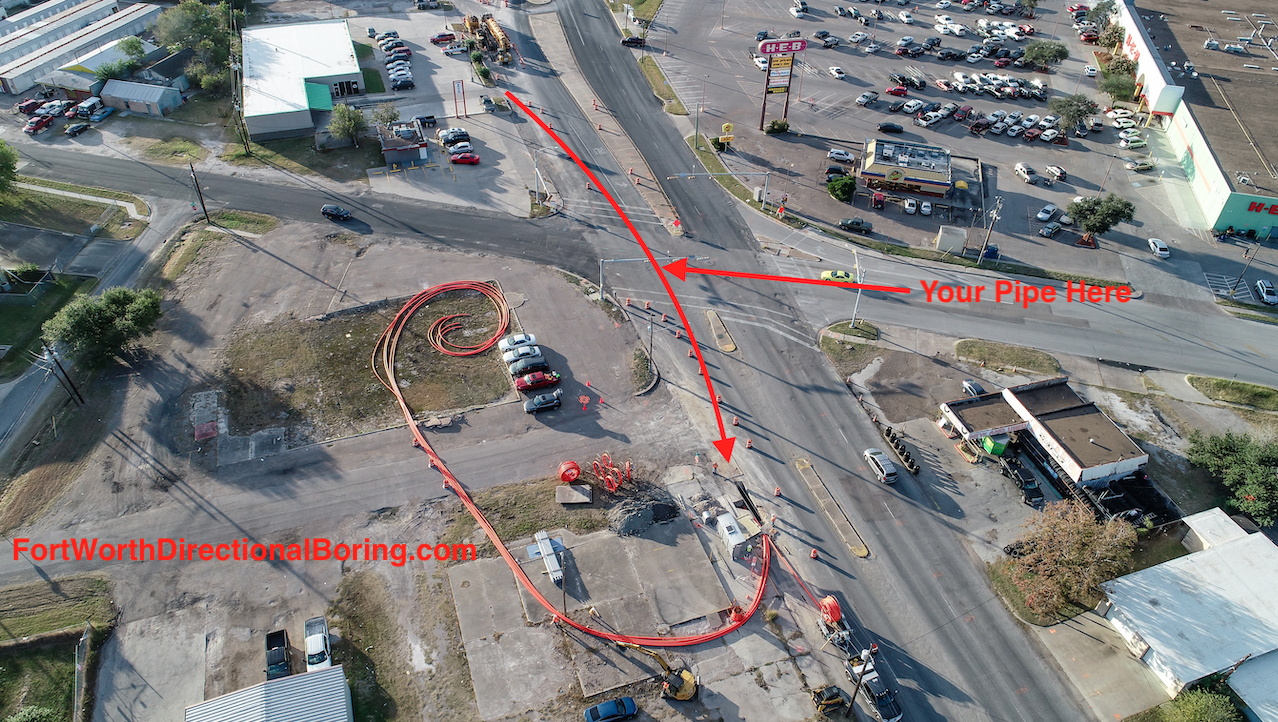 It’s important to gather as much information as possible about the soil conditions and any rock formations along the bore path before you start.

Mixed faces - (soil conditions that present two or more different types of material in the path of the bore) which include rock - are often encountered over the path of a bore.

When rock is encountered, different drilling heads will need to be used from tri-cone bits to railheads depending on the type of rock encountered.

To drill in rock, a mud motor, which converts the hydraulic pressure of the drilling fluid into mechanical rotation, is used to rotate the drill bit and the drill pipe is not continuously rotated. Steerage is accomplished by aligning the angle of the mud motor to the desired direction.

For rock formations that are harder than 8,000 psi, our tri-cone bit with tungsten carbide inserts (TCI) is often the go-to bit. In these extreme conditions, the type of bit insert is determined by the hardness (PSI) of the rock. The harder the rock the more conical or rounded the TCI inserts well use.